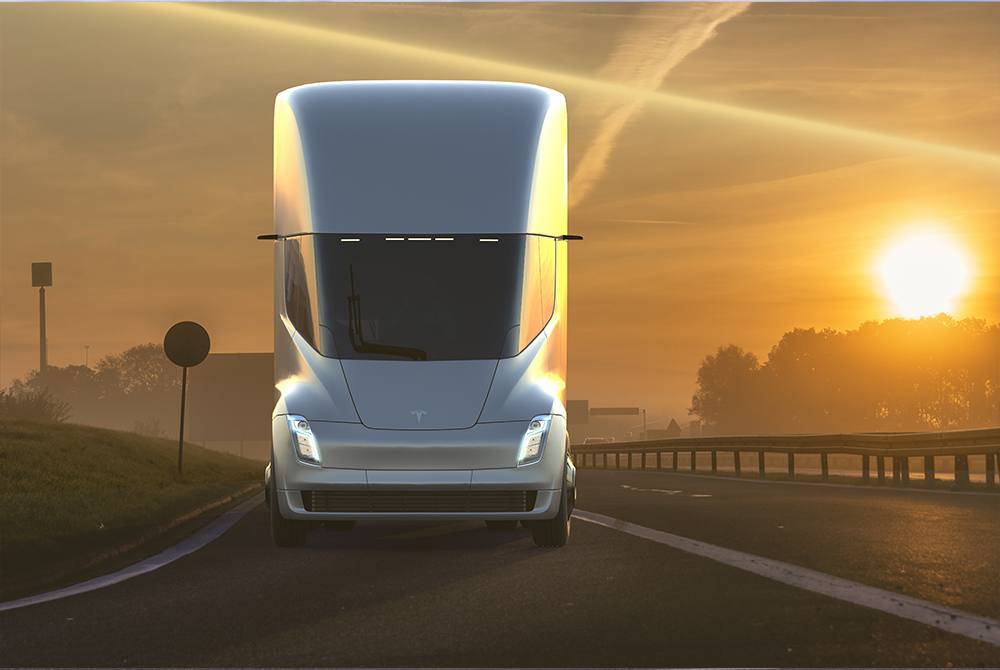 Updated prototype of the Tesla truck An outstanding vehicle

In the past days, the California highway 580 had the chance to witness the up-to-date Class 8 all-electric truck from Tesla and it caused a big impression. The comparison between Tesla Semi and current diesel trucks across the road was remarkable especially because of the vehicle`s futuristic design and distinctive sound.

The vehicle produces a sound different from the other tractor trailers, is not like a roar of a massive internal combustion, it`s a very futuristic sound. People say that it`s very similar to a jetliner. That, in addition to its impressive appearance, astonished the drivers who witnessed its ride.

The updated specifications weren`t released yet, but it`s known that Tesla Semi`s electric motors have the capacity to push the truck, without carrying a trailer, from 0 to 60 mph in only 5 sec.

The Tesla Semi that was spotted in the road was also equipped by aero skirts, with an apparent distance of only 1 or 2 inches from to the floor. This new component wasn`t featured in the previous prototypes but it`s an addition that makes the vehicle even more efficient.