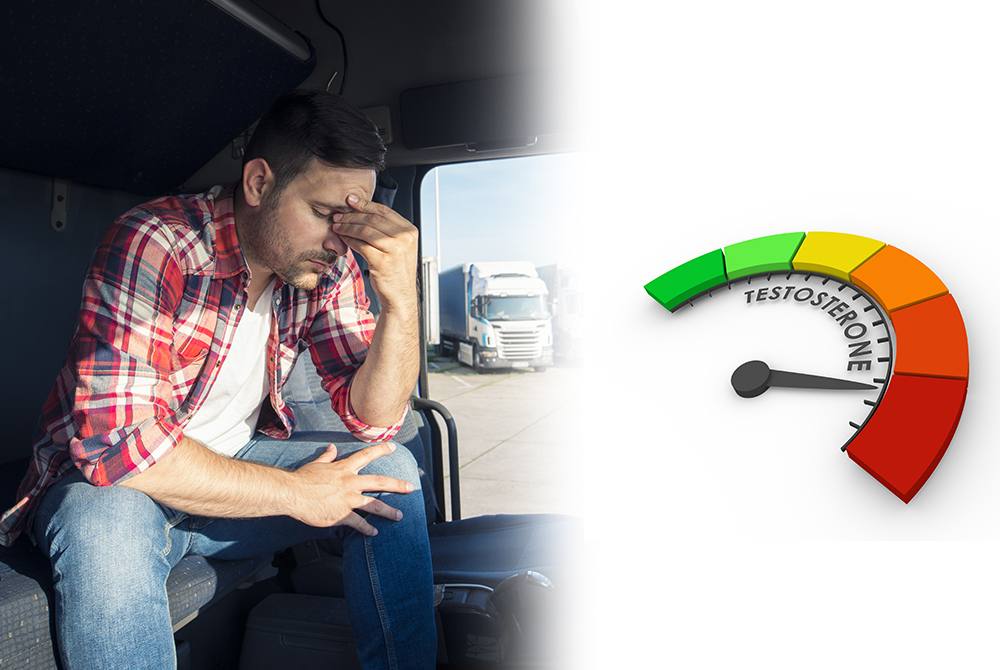 This sexual hormone is mainly produced by men, although women also produce it at very low levels, and in the male case it is produced in the adrenal glands and in the testicles. Its main functions are:

There are obvious symptoms of low testosterone levels, such as increased body fat or loss of body mass, but other symptoms can easily be mistaken for other problems.

Although the reduction in testosterone production could be related to advancing age, it could also be related to TDS (testosterone deficiency syndrome) that can occur for different reasons such as: obesity, thyroid problems, cancer in the testicles, chemotherapy, drug reaction, among others.

If the truck driver suffers from one or more of the symptoms mentioned, the most appropriate thing to do is visit his doctor to carry out a series of tests, such as a test to measure the level of testosterone. The doctor will indicate the appropriate treatment, if the trucker`s case requires it. Maintaining a healthy diet and exercising daily will help improve your mood.