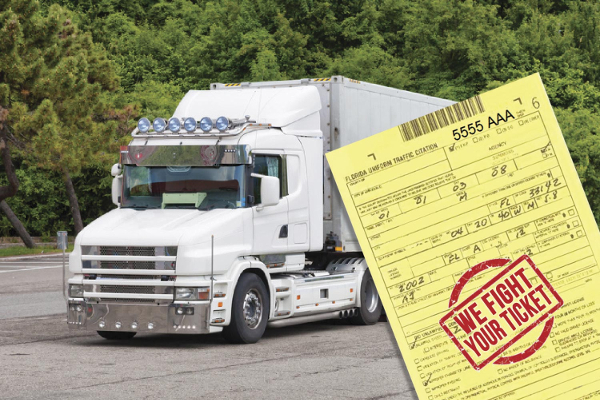 Should Every Trucker Fight His Ticket

Whenever we are stopped by the police and they issue a ticket, we always ask ourselves, do I fight the ticket or should I just pay it?  This article should help you answer this very important question.

Police Officers know that very few people fight their tickets. That is because most people don’t believe in spending large amounts of time where there might be a small chance of succeeding. The truth is that almost all cases have a considerable likelihood of a much more favorable outcome when it is contested in court.

When deciding whether to fight your ticket, you should consider what the consequences would be of paying the ticket in order to just save the hassle of going to court.  If you do that, there is a 100% chance that the conviction will go on your record. Will your insurance premium increase? Will your license be suspended? Will you be fired from your job? Will you be able to find a new job? The significance for each person and each situation will vary and it depends upon your individual case. Once you understand the ramifications that this ticket will have on your life, you may want to consider discussing your situation with a knowledgeable attorney. It is important to note that an attorney will have a much better chance of winning the case in court than most other people will. An experienced Attorney will be able to inform you of the chances of prevailing on your case based upon the facts of the infraction, your driving record, and the particular court where your ticket will be contested.

Often there are situations where you might not actually be guilty of an infraction as you may think.  Sometimes, when you read the vehicle code section that you are accused of violating, you will realize that it is much more complex than you thought. The prosecution must prove a variety of elements for you to be convicted of that particular infraction. Very often, they are unable to do that and a skillful attorney will be able to identify such weaknesses in their case against you, rendering them unable to proceed on that violation. This is where your attorney, by negotiating with the judge or the prosecution, will be able to either have your case completely dismissed, or drastically reduced.

As a general rule, in cases where the infraction was committed in a commercial vehicle, it is much wiser to fight the ticket because of the severe consequences that any point violation has on the livelihood of truck drivers who depend on their CDL to sustain their families.