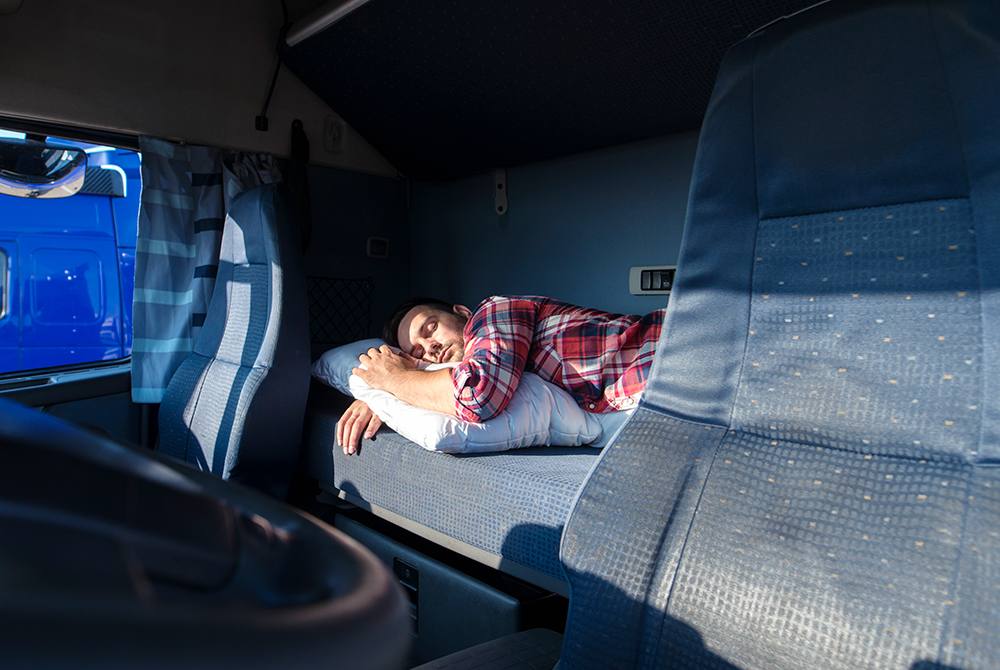 Thanks to their activities and work routine, a truck driver’s dream is affected, as well as their daily tasks. These changes and alterations in the biological clock of the trucker are known for disorders of the circadian rhythm. Basically, it is when the truck drivers decide to go to rest and sleep, but their body or more specifically their biological clock fails them in that. Truckers aren’t able to synchronize their periods of sleep and wakefulness with external factors such as darkness and light.

The circadian rhythm is directly related to the events that which person and body deal in a day. People who have jobs with more regular schedules have more regular daily cycles, that is, they wake up and sleep almost always at the same time. However, truck drivers live by changing their work schedules, consequently they change their sleeping and waking schedules and tend to have difficulty falling asleep.

These changes in truckers` sleep cycle may also be associated with internal causes in their body such as:
- Lack of sensitivity in differentiating the day from the night: It occurs when the brain is not able to perceive the changes that occur with daylight throughout the 24 hours.
- Drug use: There are medications used for other conditions or diseases that may have consequences on the truck drivers` sleep, such as over stimulation or even drowsiness.
- Psychiatric diseases: Different studies relate to psychiatric disorders with alterations or problems in the sleep cycle.
- Some brain injury such as:
• Alzheimer`s
• Brain trauma
• Encephalitis
• After-effects of a stroke

Truckers, if you suspect that you may suffer from any physical problem, such as those mentioned, in addition to the difficulty in falling asleep, it is advisable to visit your doctor for proper tests and proper medical treatment.